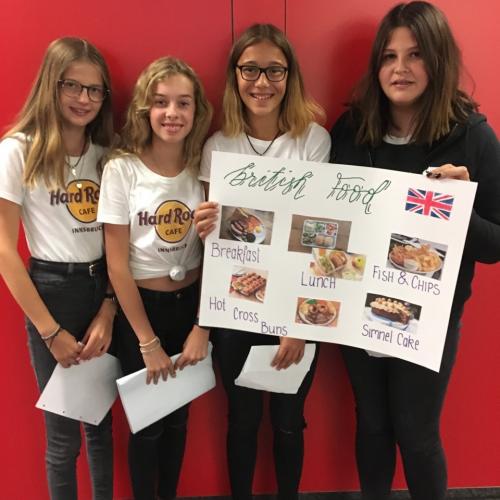 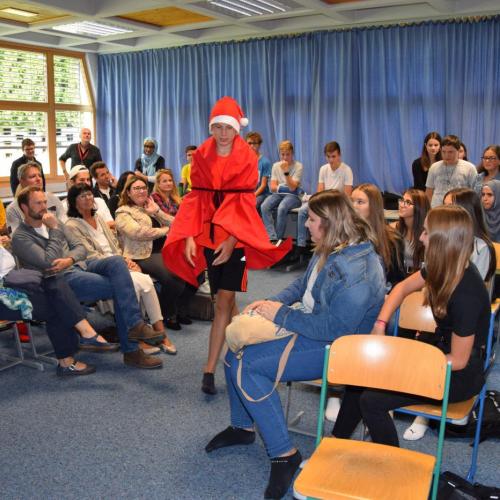 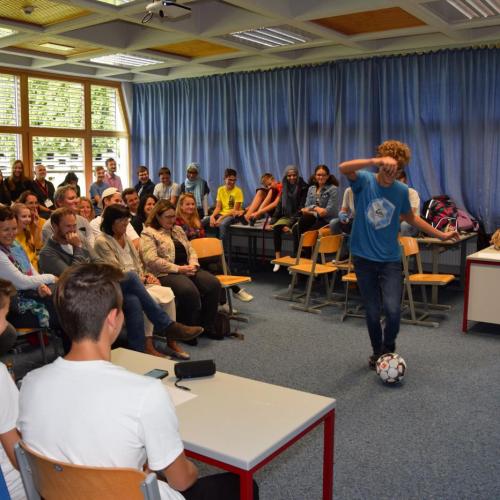 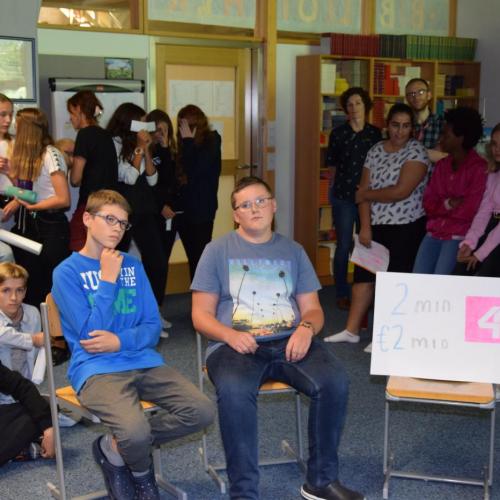 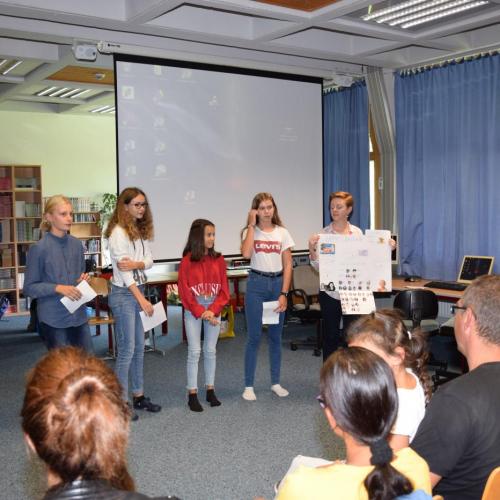 What is English in Action?
English in Action is a company that sends native English teachers from the UK to schools in Austria and all over Europe. The teachers do not speak German, that’s why we had to speak exclusively English. The teachers were with us for five days and we had six lessons per day. During the lessons we learned a lot, but also played games and rehearsed presentations and sketches for the big show on Friday. After this intensive week we understand the English language better and our vocabulary has improved.
(Text: Linda Schultes und Rosmarie Zangerl, 4C)


What did you like best about English in Action?
I really liked our English teachers Matthew and John. The week was great fun since we learned a lot about British culture. Also Matthew, who once played in a Rock’n’Roll-Band, taught us a lot about the guitar and also played it in front of us. He is a very talented musician.
(Text: Liam Godl, 4B)

I liked the lessons on Friday best, when one of our English teachers brought in typical British food for us to try. One spread that we tried is called ‘Marmite’. Although it smelled horrible we tried it and instantly regretted it. There are no words to describe how bad it tasted. However, we also tried delicious stuff like special biscuits called Shortbread or British Tea.
(Text: Pia Abber, 4C)


Why is it important to learn English?
I think it is very important to speak English well, because it is the language that most of the people worldwide speak. You need it to ensure a carefree holiday in English-speaking countries like the UK or Australia. Also, if you are going to be a scientist, education and presentations are held in English. It is not so cool if you are the only one who does not understand a word.
(Text: Vincent Willis, 4C)

English is spoken all over the world. For many jobs English is asked for. Even if you buy a new computer the directions how to use it will often be in English. Moreover, many good films and books are better in English than in German. I like ‘Harry Potter’ in English very much. I think that the week with English in Action was a big chance for us to improve our English.
(Text: Selina Praxmarer, 4C)